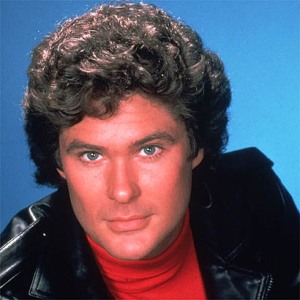 David Hosselhoff ties on a big ol’ buzz as of late and his little girl video tapes it’s (and annoyingly badgers him about it). It seems the once girlie stud muffin of the 80’s and even the 90’s has found comfort in pounding his liver with the elixer of life and then doing what any red blooded American would do….get some late night fast food…this particular dinning establichment being Wendy’s. I have to warn you…this video is mildly painful to watch because we all know we have been there. Shit canned and hungry…and having trouble getting the food to our mouths while making extremely terrible grunts and noises while trying to force all that fast food goodness down our pie hole. Enjoy the life of the Night Rider getting pissed…

A bit about Hasselhoff’s singing career (since this is a music blog) Brought to you by http://en.wikipedia.org/wiki/David_Hasselhoff

Hasselhoff launched his career with guest appearances on the children’s program Kids Incorporated and also obtained permission to produce a Knight Rider episode (“Let It Be Me”) which focused on his singing abilities. The episode served as a springboard for his 1985 debut album Night Rocker.

The debut album was released while he was still working on the show. After two moderately successful albums, he recorded “Looking for Freedom” with German producer Jack White in the summer of 1989 and released it just as the Berlin Wall came down. He performed it at the Berlin Wall on New Year’s Eve, 1989. In a VH1 interview, Mr. Hasselhoff still claims he had something to do with the end of communism in Germany.(HA!)

In Germany, his song became an anthem of sorts at the time, and the album went gold and triple platinum, topping the charts for three months whilst the single managed a mere eight weeks. He was later announced as the best selling artist of 1989 in Germany even prompting the newspaper headline “Hasselhoff: not since the Beatles.” (See HA! up above) Since then, another six of his albums have gone platinum in Europe.

It was reported that Hasselhoff had teamed with rapper Ice-T and was planning to record a rap album under the handle of Hassel the Hoff. On Late Night with Conan O’Brien Ice-T confirmed that he was not involved in any such project. In June 2006 Hasselhoff confirmed that the project was a “prefabrication” on The Kevin and Bean Show on KROQ, Los Angeles. (THANK GAWD)