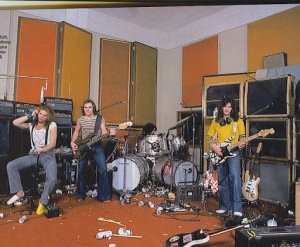 Eddie Van Halen will serve as an honorary NASCAR official this weekend in what will be the guitarist’s first post-rehab appearance. Van Halen will participate Friday (April 20) in pre-race activities at the Subway Fresh Fit 500 NASCAR Nextel Cup Series event at the Phoenix International Raceway, unveiling a limited edition Fender Stratocaster guitar series. Additionally, he is set to greet drivers on the pre-race stage the following day as they are introduced prior to the start of the race. As previously reported, the guitarist entered a rehabilitation facility early last month, four days before he and his Van Halen bandmates were inducted into the Rock and Roll Hall of Fame in New York. As such, he skipped the Rock Hall ceremony — along with lead singer David Lee Roth and drummer Alex Van Halen. Ironically, only ex-members Sammy Hagar and Michael Anthony were present to represent the band that night. The guitarist’s personal travails contributed to the cancellation of a planned summer Van Halen tour with Roth on vocals for the first time in 20+ years.